Men and the Women Who Influence Them 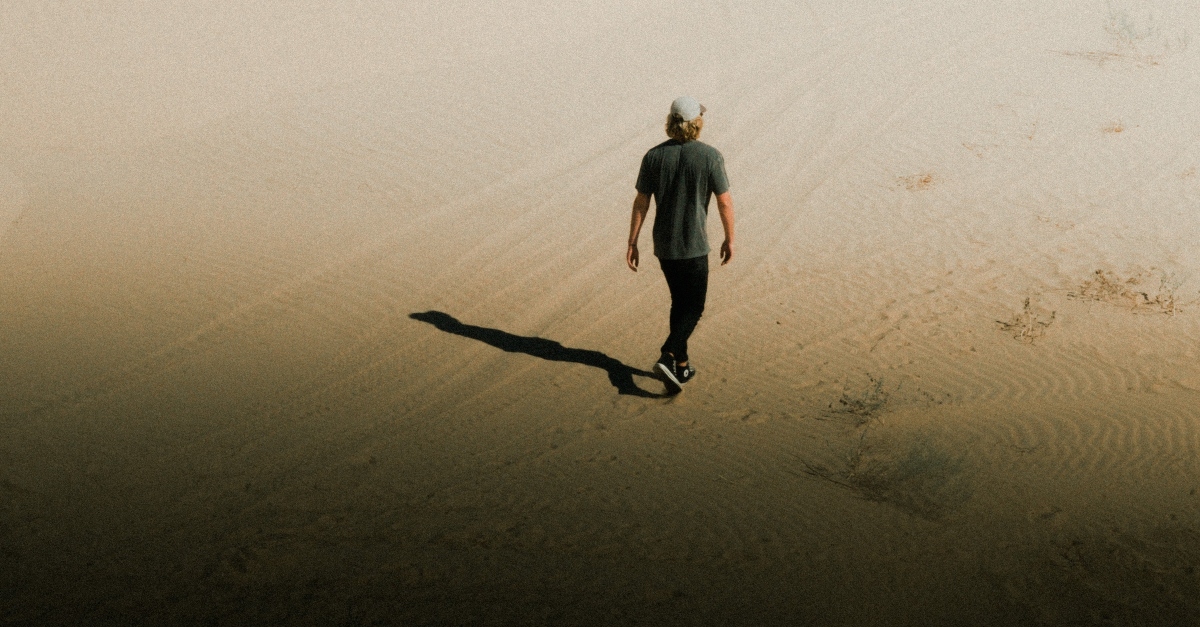 In a world where men are being discredited, devalued, and pushed to the side by many women, it’s time to take a pro-man stance, to affirm men are fearfully and wonderfully made (Psalm 139:14) in the image of God (Genesis 1:27).

It’s time for godly women to voice overwhelming support for God’s masculine creation and to agree with His confirmation in Genesis 1:31, “God saw all that He had made, and it was very good.”

Why Are Women Rejecting Men?

Colossians 3:19 encourage, “Husbands, love your wives and do not be harsh with them.”

As well, “Fathers, do not exasperate your children; instead, bring them up in the training and instruction of the Lord.”

Yet, in trying to establish their God-given position in life, some men have adopted destructive habits. They have chosen hurtful, sinful tactics in their attitudes and treatment of their wives, daughters, sisters, co-workers, students, and more. Because of it, many women don’t respect or believe men deserve a place in their lives or in the world.

Other men have just failed to meet unrealistic ideas. Many younger women have such high expectations for young husbands that they leave no room for failure or growth, thinking a husband comes ready-made with the knowledge and maturity to instantly become the perfect husband. Unwilling to deal with a husband’s inexperience and inadequacies, some quickly drop him and leave the marriage.

Silver divorces are increasing, too, with women married for decades leaving their husbands behind and setting out on a quest to be free from their marriage commitments. Longsuffering in marriage seems to have taken a back seat to a woman’s personal happiness, self-fulfillment, and entitlement. In contrast, pent-up bitterness and resentment have taken root over the years, and forgiveness is at an all-time low.

Yet, although some men have failed miserably, there are men who, although not perfect, are loving, capable, caring, willing, and ready to become who God has called them to be.

Where Did It All Begin?

Many women ignore that it was Eve, not Adam, deceived in the Garden of Eden. I like to remind myself to remember that, at times, men may be able to discern between the truth and deception better than women.

Although the Bible says Eve was deceived, it doesn’t say anywhere that Adam was deceived. It seems in Eve’s naivety and innocence, she couldn’t see through the serpent’s deception. But Adam went along with her, following his wife wherever she led him.

So why didn’t Adam defend Eve? It seems like he threw her under the bus with his response. But maybe he was simply speaking the truth concerning Eve’s ability to sway him, her words so persuasive that he failed in resisting her influence.

Is it possible that, overall, women have underestimated and not fully grasped what incredible influence God has given us in the lives of men? If so, is there a lesson in the story of Adam and Eve that many of us have missed?

1 Peter 3:1-2 offers insight to this amazing ability to affect men with what God has bestowed within us, so effective that we don’t even have to utter a single word to see it work in powerful and transformational ways in the lives of our husbands.

“Wives, in the same way, submit yourselves to your husbands so that even if they refuse to believe the word, they will be won over without words by the behavior of their wives when they see your pure and reverent demeanor” (1 Peter 3:1).

Adam Took the Fall for Sin

Genesis 2:18 explains, “The Lord God said, ‘It is not good for the man to be alone. I will make a helper suitable for him.’”

Eve was created with a calling to help Adam. Is it possible the serpent recognized it, realizing his pathway to man’s downfall was through her God-given persuasiveness in his life?

Although some women may feel offended by the following verse or believe it’s outdated, there is a safeguard found in God’s ordained hierarchy: “But I want you to realize that the head of every man is Christ, and the head of the woman is man, and the head of Christ is God” (1 Corinthians 11:3).

Looking at the account of the fall of humans in Genesis, Eve is the one who first disobeyed God. “When the woman saw that the fruit of the tree was good for food and pleasing to the eye, and also desirable for gaining wisdom, she took some and ate it. She also gave some to her husband, who was with her, and he ate it” (Genesis 3:6).

Yet, from the very beginning, sin is accounted to Adam, holding him responsible for breaking God’s command and releasing sin into the world. Romans 5:14 says, “Nevertheless, death reigned from the time of Adam to the time of Moses, even over those who did not sin by breaking a command, as did Adam, who is a pattern of the one to come.”

Along with humankind’s heartbreaking fall in the Garden of Eden, another very tragic story includes the biblical account of Solomon, the one God deemed the wisest man around (1 Kings 4:29-31). Yet, when it came to resisting ungodly women’s influence over him, he failed miserably.

1 Kings 11:1 explains, “King Solomon, however, loved many foreign women along with the daughter of Pharaoh—women of Moab, Ammon, Edom, and Sidon, as well as Hittite women.”

These wives were from nations that God had specifically told the Israelites not to marry because they served foreign gods. Still, Solomon clung to these women in love (1 Kings 11:2).“He had seven hundred wives of royal birth and three hundred concubines—and his wives turned his heart away” (1 Kings 11:3).

As well, “For when Solomon grew old, his wives turned his heart after other gods, and he was not wholeheartedly devoted to the Lord his God, as his father David had been. Solomon followed Ashtoreth, the goddess of the Sidonians, and Milcom, the abomination of the Ammonites. So Solomon did evil in the sight of the Lord; unlike his father David, he did not follow the Lord completely”(1 Kings 11:4-6).

Like Adam was led astray by Eve, Solomon’s wives lead him away from God.

So why do many women have disdain towards men? Why are some women pointing fingers at men’s attitudes and actions yet being resistant to seeing how maybe they’ve created and initiated many issues, unwilling to examine their part in leading men astray?

Just because we can influence men doesn’t mean we’re always right or on track. God has given us a powerful persuasiveness with men, one where they’ll follow us. So much so that we can lead them astray even against their better judgment, simply because of their fondness for us.

This realization has caused my careful consideration of how and when to influence my husband. It’s brought a healthy thoughtfulness of how I exercise my powerful persuasiveness, wanting to exercise great caution, and not ever wanting to unknowingly lead him astray from God’s ways or will in his life.

When being deceived, a person usually thinks they are correct or right. So what if there is an underlying weakness brimming within women that can be manipulated by the enemy of our souls to be used to mislead men, or a family, a community, or even a nation?

Recalling the Garden of Eden account, women can unknowingly be sweet-talked by the devil to where they don’t see through his lies and misleading.

Some of us may think we’re much wiser than Eve and couldn’t ever be snookered by the enemy’s fast-talking, which is exactly what he wants us to believe. But we don’t want to underestimate Eve’s strength, recognizing how in her newly created status, she was perfect, sinless, insightful, and in tune with God.

It was only when Eve believed the lies of the enemy over God’s truth that she was deceived. Deception happened when she took the enemy’s word over God’s Word. If Eve could be deceived in her perfect, sinless wholeness, how much more can we be deceived in our sin-affected brokenness?

As women, we are responsible to God in how we view, respect, and influence men. As godly women, we want to agree with God’s viewpoint and the position He has assigned them on earth. Also, we want to consider their ability to see truth in situations that we may not be able to discern.

Sadly, many women underestimate the strength of persuasiveness God has given them, so influential and powerful that it can turn the heart of a man towards or away from God.

As women, our ability to sway men’s thinking and actions is a gift from God, one we want to practice in a godly and God-honoring way, not only in the lives of our husbands but also with all the men in the world we influence including brothers, fathers, nephews, sons, sons-in-law, co-workers, neighbors, bosses, and more.

Lynette Kittle is married with four daughters. She enjoys writing about faith, marriage, parenting, relationships, and life. Her writing has been published by Focus on the Family, Decision, Today’s Christian Woman, kirkcameron.com, Ungrind.org, StartMarriageRight.com, and more. She has a M.A. in Communication from Regent University and serves as associate producer for Soul Check TV.

Online dating can be really amusing and also exciting. A lot of people even find it works and get result. In fact, there are more benefits other people do not

We have all felt that we are not enough at some point in our lives. Or rather, others made us feel so. These thoughts lead to self-doubts, depression, and not

If you often feel your husband is a narcissist, controlling and manipulating you, this post can provide you with an insightful guide to deal with it.  How to Deal with