4 Narcissistic Bible Characters We Can Learn From 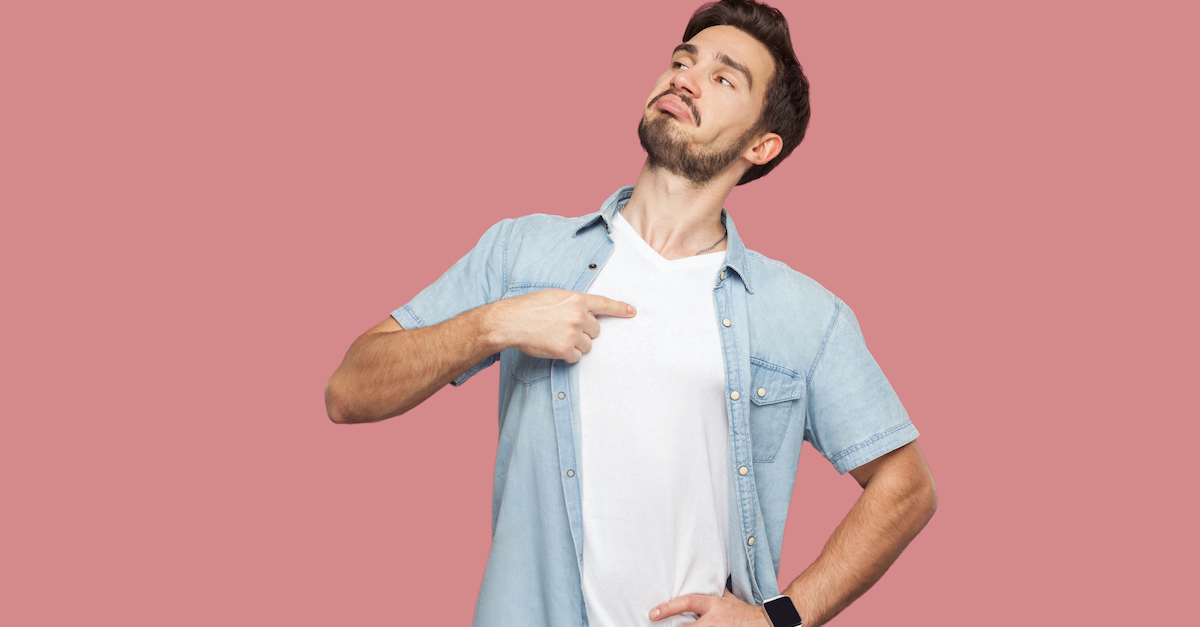 There are many narcissistic characters throughout the Bible. After all, the Bible is full of sinners who need Jesus’ redeeming grace. And while it might seem odd to say, we can actually learn from different Bible characters’ narcissism, discovering how to avoid their sinful tendencies in our lives. In other words, we can learn from their bad behavior to prevent ourselves from following their examples. They are the epitome of what not to do.

With their lessons readily available, let’s look at four narcissistic Bible characters we can learn from, including Jezebel, Nabal, Nebuchadnezzar, and Satan.

The first narcissistic Bible character I knew I had to include on my list was Jezebel. Jezebel was not a good person as she manipulated people, intentionally hurt them, and even murdered many. Her husband was King Ahab, who was equally evil and out for blood. A man named Naboth owned a vineyard right next to Ahab and Jezebel’s palace. He was a kind man, and Ahab offered to buy Naboth’s vineyard, yet Naboth refused because he was adhering to God’s commands to keep the family vineyard within the family line. Ahab was not happy with this answer, nor was Jezebel.

Since Naboth would not sell Ahab the vineyard, Ahab went home to sulk and cry. Jezebel rebuked Ahab for his crying, and then she conspired with criminals to murder Naboth. Once Naboth had been killed, Ahab and Jezebel got what they wanted—the vineyard (1 Kings 21:1-16). There are many more instances throughout the life of Jezebel that attest to her wickedness and narcissism. We can learn much from her narcissistic behavior and how to avoid it.

In the modern day, being called “Jezebel” is a derogatory statement because it is associated with the evil woman Jezebel of the Bible. It would be a horrible insult for someone to label you as a “Jezebel.” We can learn from her narcissistic behavior not to engage in a devious lifestyle. She manipulated and used other people to get what she wanted. As we discussed, she even murdered a man in order to own a vineyard. This teaches us that manipulating others only leads to destructive evil.

As Christians, rather than manipulating others, perhaps it’s time we lay down our pride and simply ask for help, or maybe we have a vulnerable conversation to discuss why we need or want something. We must rebuke lies, schemes, and all prideful tactics that give us a twisted upper hand. Rather than using people, simply ask for their help with a grateful heart.

We are called to abstain from narcissistic behaviors, and, instead, seek out how we can glorify God and walk in obedience to His teachings.

A second narcissistic Bible character we can learn from is Nabal. Nabal was the first husband of Abigail before she met and married King David. The Bible describes Nabal for us in 1 Samuel 25:3, “His name was Nabal and his wife’s name was Abigail. She was an intelligent and beautiful woman, but her husband was surly and mean in his dealings—he was a Calebite.” The name “Nabal” literally means “fool.” Nabal proved himself a fool through his narcissistic behaviors.

When Abigail and Nabal met David for the first time, David and his men were traveling and in need of provisions. Instead of giving David and his men provisions, Nabel’s narcissism caused him to act shrewdly and arrogantly towards David. Nabal made these statements, “Who is this David? Who is this son of Jesse? Many servants are breaking away from their masters these days. Why should I take my bread and water, and the meat I have slaughtered for my shearers, and give it to men coming from who knows where?” (1 Samuel 25:10-11). Rather than helping David and his men, he belittled them and chose to not help them.

We can learn from the narcissistic Bible character Nabal in many ways. The most important thing we can learn from him is to not be stingy and prideful as such poor traits are not a good reflection of a person. Everyone knew Nabal was not a kind man. He was known to use other people. As Christians, we should not want to be known in the same way, but rather as someone who shines for Christ. We can also learn from Nabal’s life that narcissism only makes us look like immoral fools, and we will lose the people around us if we engage in narcissism. Later, in 1 Samuel, Abigail sends David and his men provisions and Abigail becomes David’s wife. Due to Nabal’s narcissism and evil behavior, he lost his spouse.

Therefore, we should abstain from living a narcissistic life like Nabal lived because it only pushes others away. Nobody wants to be around or be friends with someone who is a narcissist. In our daily lives, we need to learn from Nabal’s mistakes and not treat others as though they are beneath us. We will not make any friends if we are a narcissist, and we certainly will not bring glory to God by acting in this manner.

A third narcissistic Bible character we can learn from is Nebuchadnezzar. Nebuchadnezzar was king over Babylon from 605 B.C. to 562 B.C. He was a self-centered individual who thought he was better than everyone else. In fact, he saw himself as being superior to God. He refused to acknowledge the true God and kept puffing himself up to be the supreme leader. Due to his arrogance and narcissism, God cursed Nebuchadnezzar to become like a wild animal until he acknowledged that God was truly exalted as God Most High (Daniel 4:1-35).

After becoming like an animal, Nebuchadnezzar finally did acknowledge God as most high, and God restored him to his sane mind. We can learn through Nebuchadnezzar’s narcissism that the right way to live is by humbling ourselves and submitting our lives to God. We should not believe ourselves to be superior to God nor should we act arrogantly against the Lord. Nebuchadnezzar is a perfect example of a narcissist who lost everything because of his narcissism. As Christians, we can learn from his bad behavior and avoid making the same mistakes as Nebuchadnezzar. After all, who wants to be punished as a wild animal?

A fourth narcissistic Bible character we can learn from is Satan. Satan has been around for a long time, trying to cause human beings to mess up and fall. He was the serpent in the Garden of Eden who tempted Eve to eat the fruit (Genesis 3:1-24). To this day, Satan wants all people to worship and follow him rather than God. Evilness, wickedness, and sin are the core aspects of Satan’s entire being. He doesn’t care about anyone but himself.

We can learn much from Satan and his narcissistic attitude. For one, we don’t need to copy his behaviors because they only hurt ourselves, others, and God. Satan will use, manipulate, and abuse anyone to get what he wants. As Christians, we need to take our stand against the devil’s schemes (Ephesians 6:10-18), but we must also make sure we are not acting in similar ways of dishonesty and deception. Satan wants us to follow his narcissistic way of existence as he knows it will pull us away from God and those we love. We can learn from Satan the importance of following God and shunning evil.

In the future, Satan will be thrown into the lake of fire along with his demons, the antichrist, the false prophet, and all those who rejected Christ (Revelation 20:10). This is the punishment for thinking we are better than God and that we don’t need Him. As human beings, we need to learn from Satan’s narcissism in order that we don’t make his same grave error of believing we don’t have to serve God or obey him. It is a dangerous business when we think we should follow ourselves rather than God.

Saying “No” to Narcissism

These are only four narcissistic Bible characters we can learn from, yet there are many more throughout Scripture. As Christians, we need to be educated about narcissism and the dangers that accompany this way of thinking and living. Narcissism can cause us to do terrible things, such as lie, manipulate, and even murder others to get what we want. As Christians, we need to abstain from narcissistic behaviors and instead humble ourselves before God and others. A narcissistic life does not bring glory to God, but a life of love, compassion, and service to Him brings glory that is due to God’s holy name.

Vivian Bricker loves Jesus, studying the Word of God, and helping others in their walk with Christ. She has earned a Bachelor of Arts and Master’s degree in Christian Ministry with a deep academic emphasis in theology. Her favorite things to do are spending time with her family and friends, reading, and spending time outside. When she is not writing, she is embarking on other adventures.

Morning Lazziness product selections are curated by the editorial team. If you buy something through our links, we may earn an affiliate commission, at no cost to you. We only

Have you experienced dating anxiety? You’re not alone. These therapist-approved tips can help you navigate the dating world with greater confidence. DO YOU SEE YOURSELF IN THESE EXAMPLES? Susan has

Virgos are humble, self-effacing, dynamic, and practical, but they are frequently natural, kind, and sympathetic. They’re “fixers.” Once they notice something that could use some improvement, they have a burning